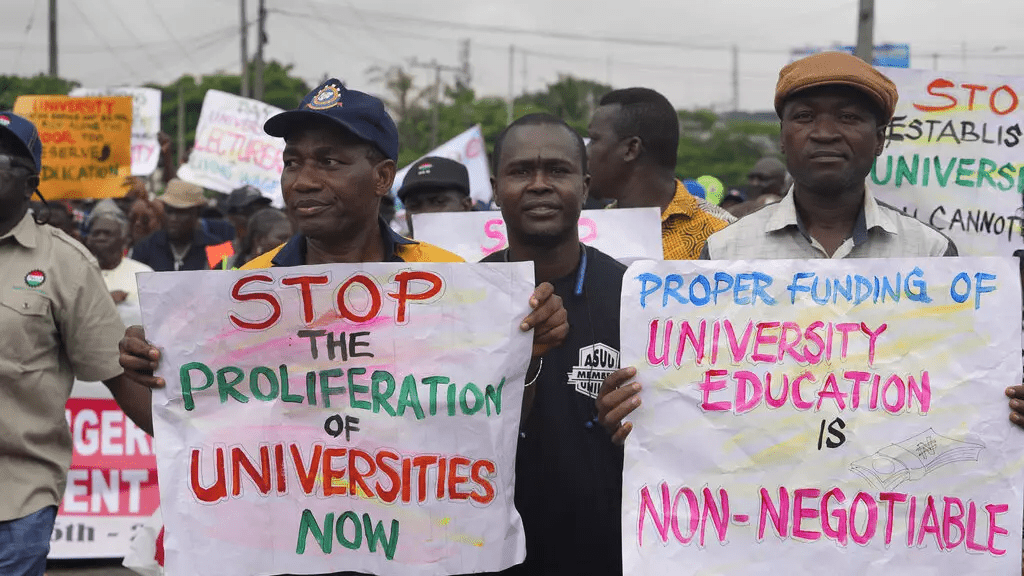 Nigeria’s Academic Staff Union of Universities (ASUU) has suspended an eight-month strike. ASUU, the umbrella body for university lecturers nationwide, announced the move on social media on Friday (October 14) but it is not clear when classes will resume.

The decision came after intense negotiations between ASUU and government representatives at a meeting mediated by members of the House of Representatives in Abuja, local media reported.

“Let all of us working together and the members of the House of Representatives working together, put a beautiful end to this thing we have started so that every Nigerian will be proud that we have the universities we can be proud of,” local media quoted ASUU president Emmanuel Osodeke.

“I want to appeal that in future we should not allow the strike to linger. Strike should not go beyond two days,” Osodeke added.

Prior to this announcement, several rounds of talks with the government had failed to resolve the dispute. Last month a court ordered the lecturers to end the strike but their union appealed against the decision.

Millions of students nationwide have been at home since February 14 as part of the latest of a long wave of strikes, which are common in Nigeria.

Nigeria has more than 100 public universities and an estimated 2.5 million students, according to the country’s National Universities Commission. At least 15 recorded strikes have taken place in the universities since 2000.

The striking lecturers were demanding a review of their conditions of service including the platform the government uses to pay their earnings, improved funding for the universities and payment of their salaries withheld since the strike started.

The suspension of the strike is a massive relief to the students after months of waiting.