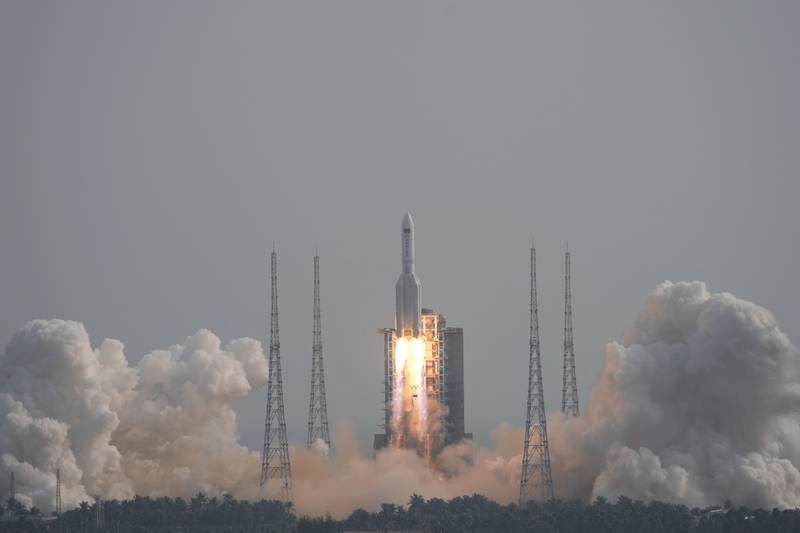 Chinese rocket falls back to Earth over South Pacific Ocean

Remnants of an enormous Chinese rocket fell back to Earth on Friday, after making an uncontrolled re-entry into the atmosphere over the South Pacific Ocean.

The US Space Command confirmed that the debris from the Long March 5B rocket, China’s largest, had re-entered the atmosphere, but the exact impact location was not yet known.

The events caused concern in different parts of the world, including Europe, where the airspace over several airports in Spain was closed as a precautionary measure.

“US Space Command can confirm the People’s Republic of China Long March 5B #CZ5B rocket re-entered the atmosphere over the south-central Pacific Ocean at 4.01am MDT/10.01 UTC on 11/4,” the US Space Command tweeted.

These were remnants from the Long March 5B rocket that launched the Mengtian module — the last component of China’s Tiangong space station — on Monday.

The EU Space Surveillance and Tracking network was live-tracking the debris.

“Object CZ-5B has a mass ranging from 17 to 23 tonnes and a size of about 30 metres, which makes it one of the largest pieces of debris re-entering in the near past and therefore it deserves careful monitoring,” the organisation said.

Earlier this week, the Philippines Space Agency issued a warning to the public that the drop zone was expected to be near its islands.

This is not the first time pieces of a Chinese rocket have made an uncontrolled re-entry.

On July 30, remnants of another Long March 5B fell back to Earth after blazing a fiery trail over the Indian Ocean.

Large pieces of metal found in Indonesian and Malaysian villages were thought to be debris from the rocket.

Last May, parts of another Long March 5B made an uncontrolled re-entry into Earth’s atmosphere and fell into the Indian Ocean.

First cases of gonorrhea resistant to several classes of antibiotics identified in the U.S.