Almaz Ayana wins in Amsterdam for her first marathon 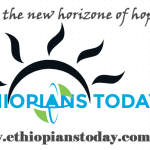 Almaz Ayana, Olympic champion in the 10,000m, wins in Amsterdam for her first marathon

The Ethiopian Almaz Ayana, Olympic champion in the 10,000m in 2016 in Rio, won the Amsterdam marathon this Sunday morning in 2h17’19” ahead of another renowned runner, Genzebe Dibaba, also for her first try out of 42.195 km. Among the men, victory went to Tsegaye Getachew in 2h04’48”.

It’s a comeback. Almost disappeared since her world title in the 10,000m in 2017 in London (silver medalist in the 5,000m also the same year), Almaz Ayana reappeared in full light this Sunday morning during the Amsterdam marathon.

For her first over the queen distance, the Ethiopian, Olympic champion in the 10,000m in 2016 (with a world record at the time at the key, since broken), won in 2h17’19”, signing a sensational debut on the 42.195 km (7th performer in history), after several white seasons following injuries and pregnancy.

Back this season with a new personal best in the half-marathon in Newcastle in September (1h07’10”), she was able to get rid of her compatriots Genzebe Dibaba and Tsehay Gemechu, who also came from the track to try the adventure of marathon. Neck and neck with Dibaba – still holder of the 1,500 m world record (3’50”07) – until the 35th km, Ayana made the difference at the train, well wedged in the stride of her hare.

Among the men, the victory went to Tsegaye Getachew (25 years old) in 2h04’48”. The Ethiopian maneuvered perfectly in the last kilometers when he was still ten at the 36th kilometer. On the line, he is ahead of the Kenyan Titus Kipruto (2h04’53”) and another Ethiopian, Bazezew Asmare (2h04’55”).